Update: Due to the ongoing spread of Novel Coronavirus, the City of Austin has cancelled mass gatherings, including South by Southwest 2020. SXSW has released this official statement.

NASA recently ran a design competition to challenge teams outside the aerospace industry to design a human habitat on Mars using autonomous 3D printing technologies. The goal was to advance construction technology to create sustainable interplanetary habitation. But it was also an opportunity for designers and engineers to push the thinking on human-centric design.

This panel brings together NASA engineers and technologists, the commander of an Antarctic Base and Hassell’s Head of Design Technology and Innovation. They will discuss how to create interplanetary habitats where people can not only survive, but thrive.

“Designing for space exploration has been typically very functional. It focused on achieving maximum performance and maximum efficiency for technology and machines – but not for people.”

We set out to design the perfect habitat for space explorers on the red planet as part of NASA’s international 3D Printed Habitat Challenge. Moving to Mars review – a rendezvous with the red planet

Moving to Mars at the Design Museum: Five things to see at the exhibition 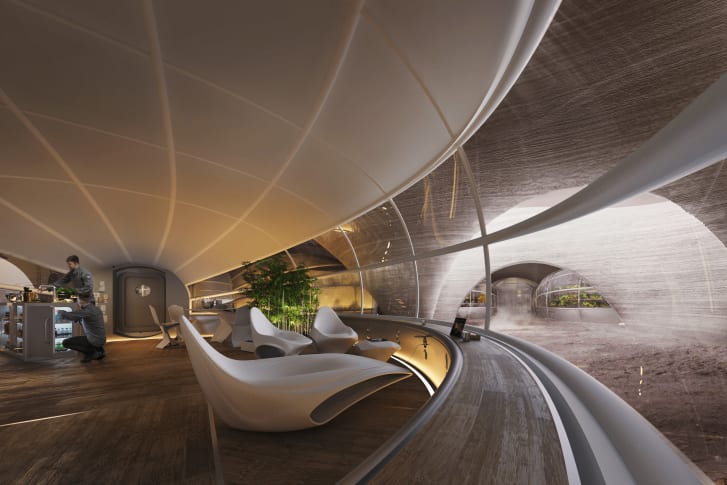 Can this be the inside of our MARS Habitat? New exhibition, "Moving to Mars," at London's Design Museum-Speculative and EYE-CATCHING!!! (CNN) https://t.co/afnMaEomXW

Life on Mars: How could humanity’s greatest feat in design be pulled off?

Can this be the inside of our MARS Habitat? New exhibition, "Moving to Mars," at London's Design Museum-Speculative and EYE-CATCHING!!! (CNN) https://t.co/afnMaEomXW Should we stay or should we go? That’s the question asked by London’s Design Museum in an all-ages exhibition, designed for the generation that might make a mission to Mars. Two Hassell-curated panels will feature on the incredible 2020 program for South by Southwest.